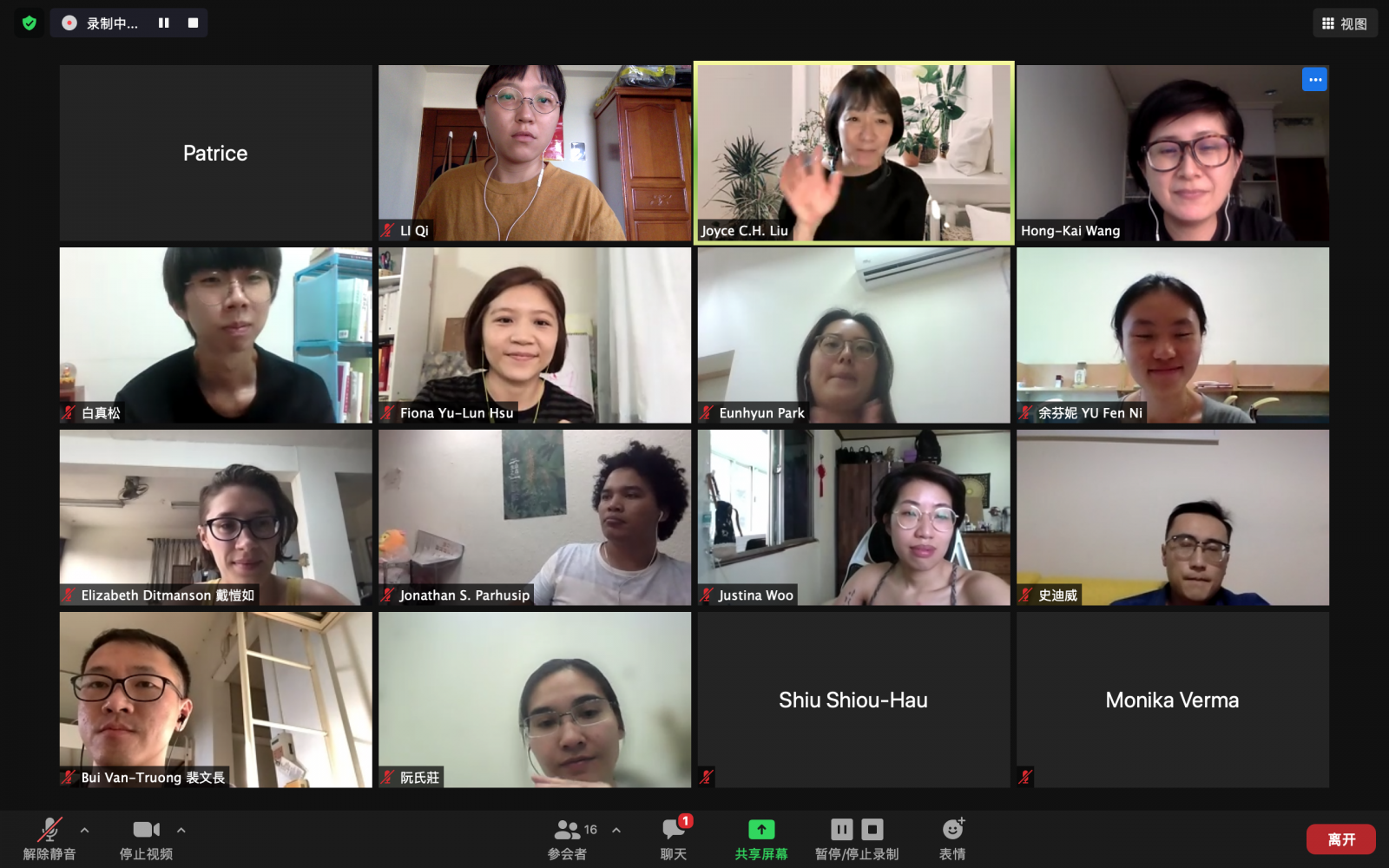 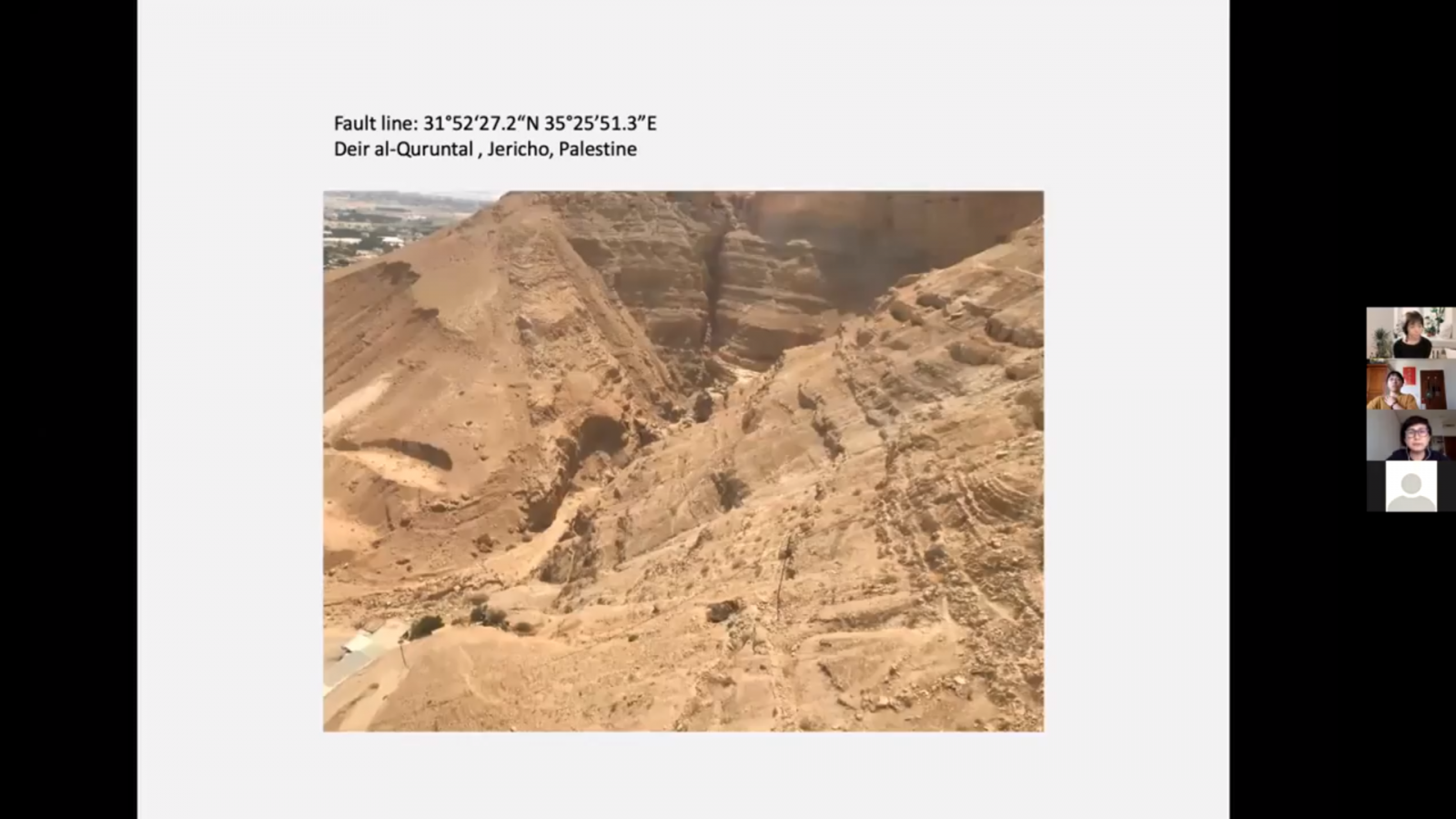 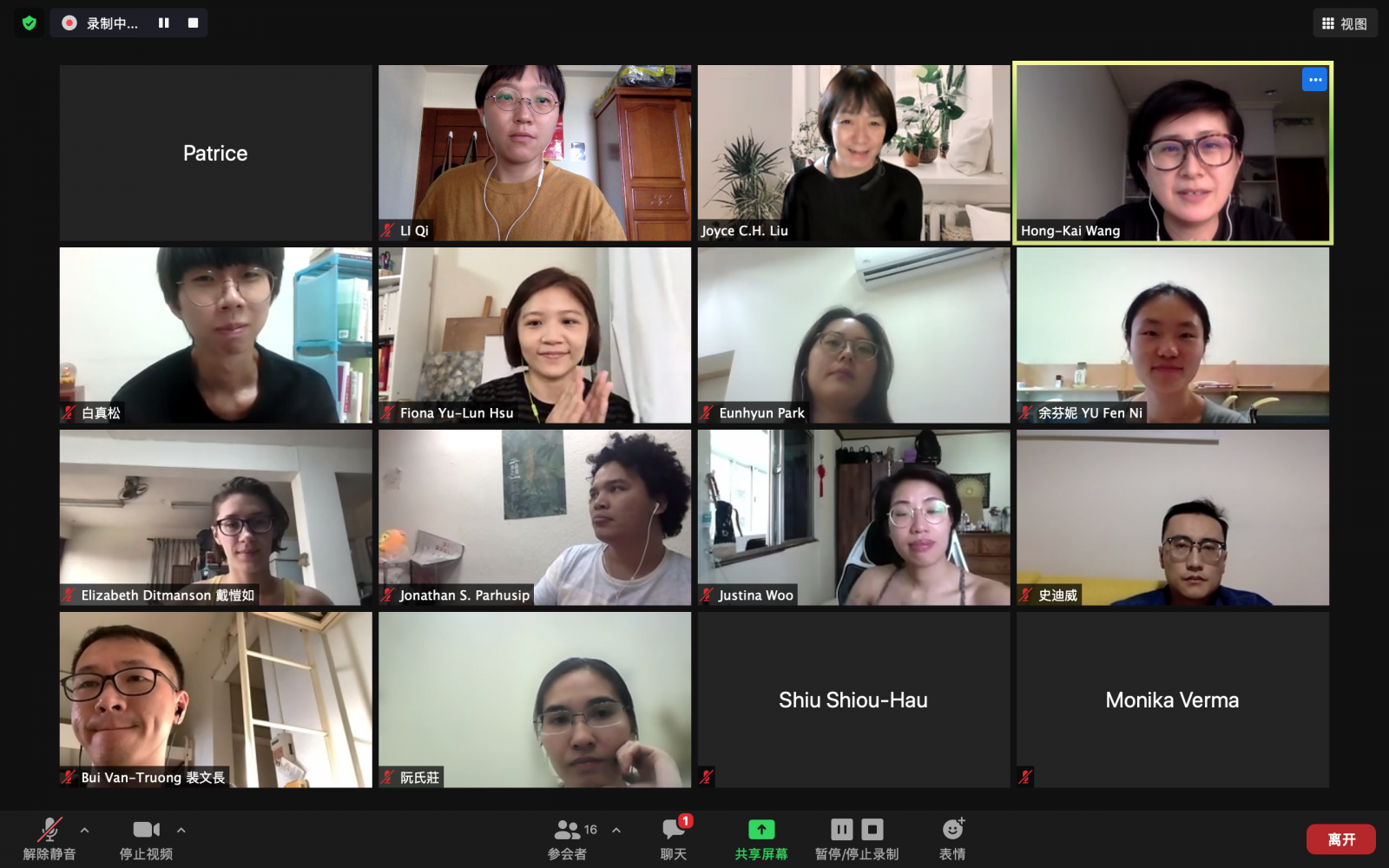 How does one root in places one doesn't visibly belong? And what does it mean when one can? What is it that can connect one to the sound of a language one has never spoken? What if revolution or the drive to survive is one of those languages never heard, never iterated, yet understood? And how do distance and difference connect radically? These are some of the questions the artist, Hong-Kai Wang, tried to answer in her recent artistic intervention projects. She talked about her two recent artistic projects, Hazzeh in Amman, Jordan (2019), and Borom in Jeju Island, South Korea (2020-2021). Then, she shared her experiences as an outsider and a stranger working with people in their respective countries. At the end of the presentation, she gave clues and showed some images and sound of her upcoming project titled Fuengu concerned with how music is entangled with land, migration, exile, incarceration, trauma, truth, and belonging at the intersections of colonial/settler nation-state, lived experience and indigeneity.

She began the lecture by reciting a letter from her Palestinian friend, Mai Marie, who also happened to be her student at Bard College, US and collaborator in the project Hazzeh. Her friend, who currently lives in Ramallah, the city currently in the middle of the war between Palestine and Israel,  sent an email to her school community asking people to step out of their comfort zone, speak out against oppression, imperialism, and all forms of colonialism that is currently ongoing in many parts of the world, particularly Palestine.

Wang’s first project, titled Hazzeh that means shaking or quivering in Arabic, works with listening as a way of accessing histories of violence and mourning in the region of Palestine and Jordan border. She said “hazzeh” is a powerful word that resonates and contextualizes fierce conflicts and violent dispossession in the region. The word hazzeh also stands for seismic/tectonic histories and geological time. Inspired by Jean Genet’s (Prisoner of Love, 1986) vivid account of how Fedayeen communicate with each other on the hills, she and her collaborators carried out the project in the form of open rehearsals of Nuwah, a specific Palestinian form of mourning and grieving for the dead performed by her collaborators (Mai Marie, Ghazal Awdeh, Henna Haj Hassan, Ibtisam Ahmad, and Raheeq Hafez) through wailing and singing. She was told by friends and colleagues in Palestine that Nuwah has become a taboo form of mourning since the first Intifada. However, because of the historical and ongoing violence in the region, the elders try to forget those painful memories by refusing to pass on this specific form of knowledge practice, Wang and her collaborators carried the project documenting open rehearsal of Nuwah and following Genet and fedayeen’s movement between Ajloun and the Dead Sea in Jordan, and Jericho in Palestine while navigating the fault lines underneath their past footprints.

Her second project, titled Borom (2020-2021) that stands for “wind” in teju dialect, asks what constitutes and constructs various modes of “togetherness?” How is such “togetherness” (or "kinship") being distributed and moved, in the form of air, breath, gas, and agency? This project was part of the group exhibition titled “Listening: Resonant Worlds” organized by Art Maebashi, Japan. She started her presentation by telling an alleged fact among Jejuans that says “When a Jejuan speaks, every sentence is very short. The wind on the island blows away most of the words”. This alleged fact becomes a metaphor in a way the wind is not only a natural force but also a very influential political and spiritual power that shapes the ways Jejuan speaks, sounds, and lives.

Borom follows Kim Si-Jong’s fugitive journey from Jeju to Japan during Jeju Uprising in 1949 when he was just 20 years old. Kim Si-Jong, a Japanese-Korean poet who grew up in Jeju Island participated in the Jeju 4.3 Uprising. In order to escape the government’s persecution, he took a secret stowaway boat to Japan and spent six days hiding on the water and on the land  Anchored on the interview with Kim, Wang developed a repertoire comprising six encounters/acts between wind and Kim Si Jong’s fugitive journey ranging from landscapes, geology, deity, refuge, desires, songs and poems. In short, Borom tries to navigate how we articulate, remember, forget, feel, and listen to the memory of the wind as it is entangled with the smell, sound, secret, trauma, survival, and violent histories.