【摘要】
Drawing on E. O. Wilson’s renaming of the Anthropocene as the Eremocene, or The Age of Loneliness, this talk considers the crisis of climate change also as a Constitutional crisis. It looks to the revolutionary idealism and citizenry which forged the American Constitution, with principles grounded in the humanities and the promotion of the public good, as potential antidotes to this situation and argues that humanities educators must play a central role in the implementation of these antidotes. To do so, we need to avoid a capitulation to narrow definitions of value that evade the nuance and complexity so ingrained in the humanities and to broaden our conceptions of our profession and our pedagogy.

【讲者介绍】
Robert D. Newman is the president and director of the National Humanities Center. He established the first country’s graduate program in Environmental Humanities and led the creation of the Taft/Nicholson Center for Environmental Humanities in Centennial Valley, Montana. Recently, he was celebrated as a Distinguished Alumnus at both Penn State and the University of North Carolina. Since assuming leadership of the National Humanities Center in 2015, Dr. Newman has been dedicated to broadening the Center’s scholarly mission as well as to encouraging vibrant public engagement with, and national advocacy for, the humanities. 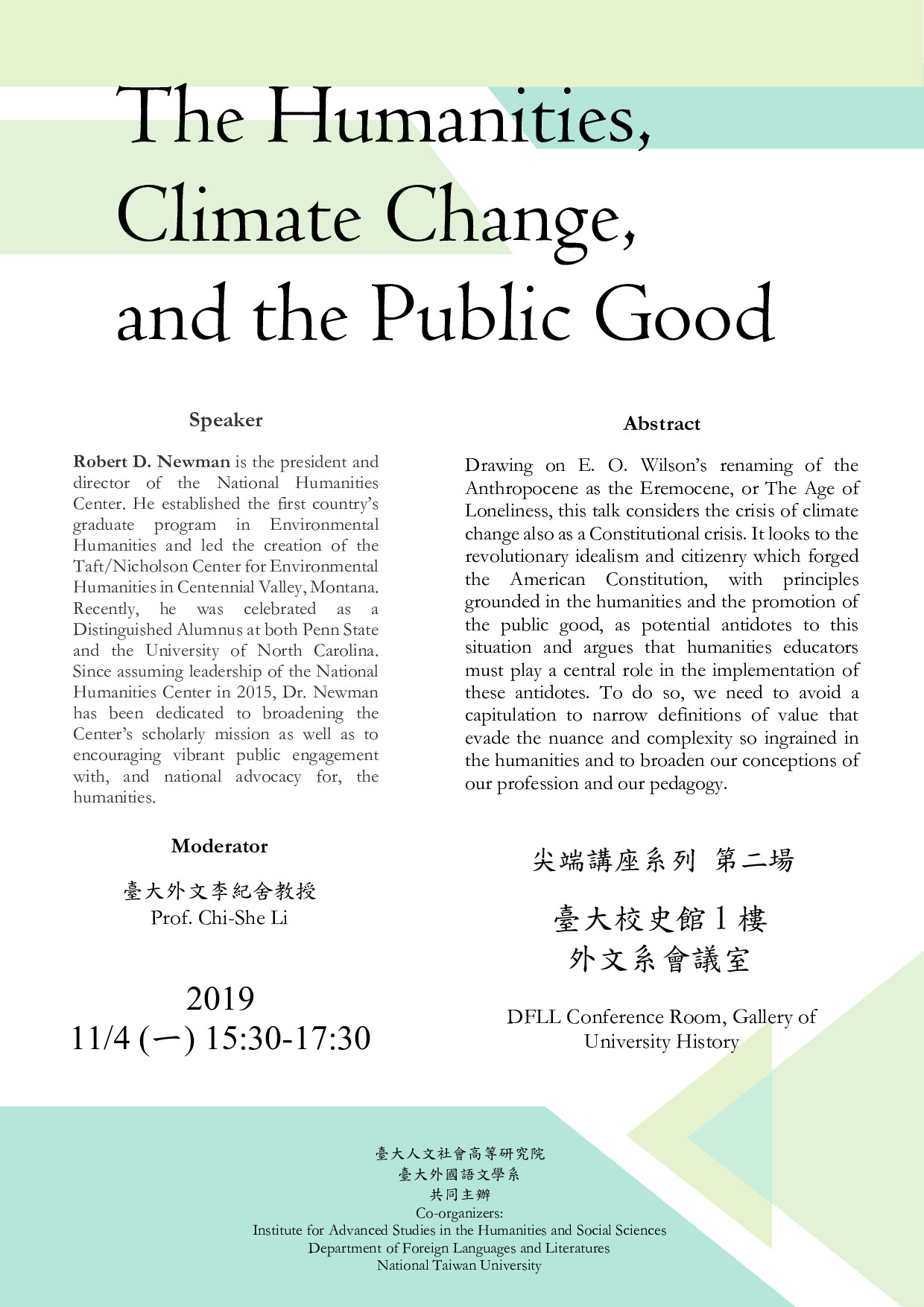 【摘要】
Starting from the idea that, beyond language, translation is in any case a relation between two or more terms that it negotiates, combines or smuggles, and that it is always at work if the sharing of reason is not blocked or stopped by depoliticisation and desemantisation as is often the case in crises, the talk will try to translate experiences and examples, uncertain by definition, of political translation. This implies that language in itself is some kind of translation, which doesn’t come after language but in it. Translation is indeed a major political operator and also a bypass of meanings provided one accepts to be exposed to otherness. It passes through exposure to the other, it is metamorphosis and sometimes also metempsychosis, and it carries a metaphorical dimension too.

【讲者介绍】
Rada Iveković is currently visiting professor at the International Institute for Cultural Studies (ICCS). Former programme director at the Collège International de Philosophie, philosopher, indologist, writer, she was born in Yugoslavia. She taught at Zagreb University, then at universities in France, and was visiting professor at many other universities in different countries. She published books concerning philosophy in general, political philosophy, feminist philosophy, literary criticism, and essays. 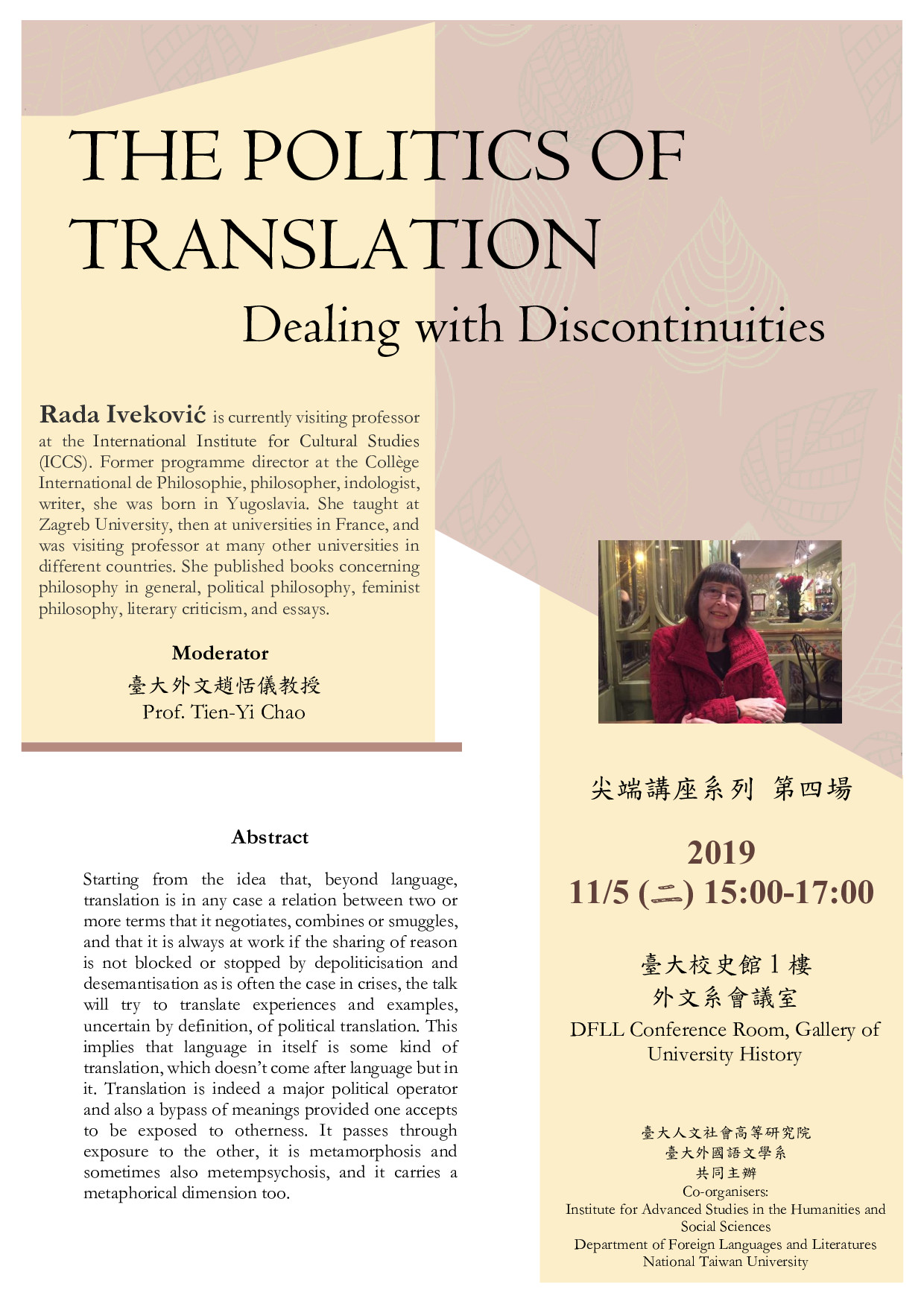