Between (academic) essay and moving images, “essay film” is their intention point. Between images and sound, “media stylo” regards them as a coherent whole under its own critical language.

As the penultimate lecture given in this series, we are glad to have associate professor Lin Hsin-Yi from the Institute of Applied Arts, NYCU to share with us today. Deploying narration of the development of conceptions, quoting contemporary experimental forms of film and video clips, we were brought to her thinking on media and images.

Professor Lin began with a comparison between film and textual writing. Among the early discussions on film, moving images and literary language seem to be two binary elements. Such as an early French film director Marcel Pagnol would have suggested that, it is the words written by the screenwriter or the novelist being the primary element, the images are always secondary. René Clair suggested the reverse: everyone who participate in distributing the scene contribute a part as the author.

The French scholar Christian Metz further this discussion on the epistemology of film. He suggested the conception of “film language” as a way to understand the unique language system of film. There are no such thing in the world of images like the binary division of image/word. What the film presents us is a coherent set of language.

Professor Lin continued the discussion and extended it into the academic field. While film language is a way of “translating” our sensual experience; what anthropologists do in their ethnographies are even so. Every ethnographical writing consists in cultural translation, to translate the web of symbols from one cultural context to another. In this aspect, scholars actually held a similar “pen” with the film maker: media stylo.

We can understand concepts like screen documentary and video essay as contemporary forms of essay film. In the environment of new media, there are more and more new ways to conduct essay film which combines academic essay and film. Further, quoting from Montaigne, “essay” is not just a writing style, it is even a set of multiple writing forms in the act of essaying.

More and more media studies researchers have already thrown themselves into this wave of experiments in the name of essay film. In the video essay and film clips chosen by professor Lin, we could see how these researcher-maker use film to think and inquire. We can also have a look on how they adapt images from others to create their own editing, upload them on free digital sharing platforms, and to communicate with others’ film language using their own film language. They can formulate statements and arguments through images, which would always present themselves in the realm of multiple interpretations.

Take an example from the French new wave cinema director Alexandre Astruc: He suggested there was “camera stylo”, film can itself form a language, it can get away from narrative, and let the film author write down on the film one’s own philosophy. Video essay author Eric S. Faden followed this way of thinking: “media stylo” can be a way to do media criticisms. Film author can use image to criticize, and to critically reveal images themselves.

In the fragmented, fabricated and fabulous world intersect with contemporary media, there were increasing possibility and space for one to deploy the media stylo. Everyone can produce images now, and everyone can comment on images. Techniques such as zooming, slow motion, replaying and even supercut are  eventually knowable to all. The web of meta-database offered countless footages for  the video/film author. Image texts appear in the form of montage, diffusion and multi-perspectives.

The film text is also undergoing a transformation, from the unapproachable text in the pas, to the approachable one with the support of contemporary techniques. The language of montage deployed by digital media conserves the non-transparency of moving images on one hand, and open up possibilities and spaces for interpretations on the other. The author embodily inquire through the images, the audience are also invited to participated in the creation of meaning. These film texts tend to resist one sided interpretation, and now the audience are to be expected more than before. In this light of thinking, new media documentary director like Red Cover deploy methodology from anthropology in his film texts. Artist Thomas Hirchhorn further present imaged war violence in his works, and what he precisely want to show us would be the absolute non-restorability and non-reviewability of these catastrophes — the bitter fact of all representations. Linking together the two pathway of practices, (cultural) translation is in regard with something absolutely untranslatable, but also in a way absolutely linkable (with the acknowledgment that they can only be linked up but never unified as one).

Understanding these ways of doing moving texts as “discrete coding”, we can further explore their potentiality and charisma in the contemporary age. In our present world deeply embedded in data and the discrete distribution of sensation, as we respond, embody and criticize, we are also becoming more inseparable from the image practice of discrete coding. 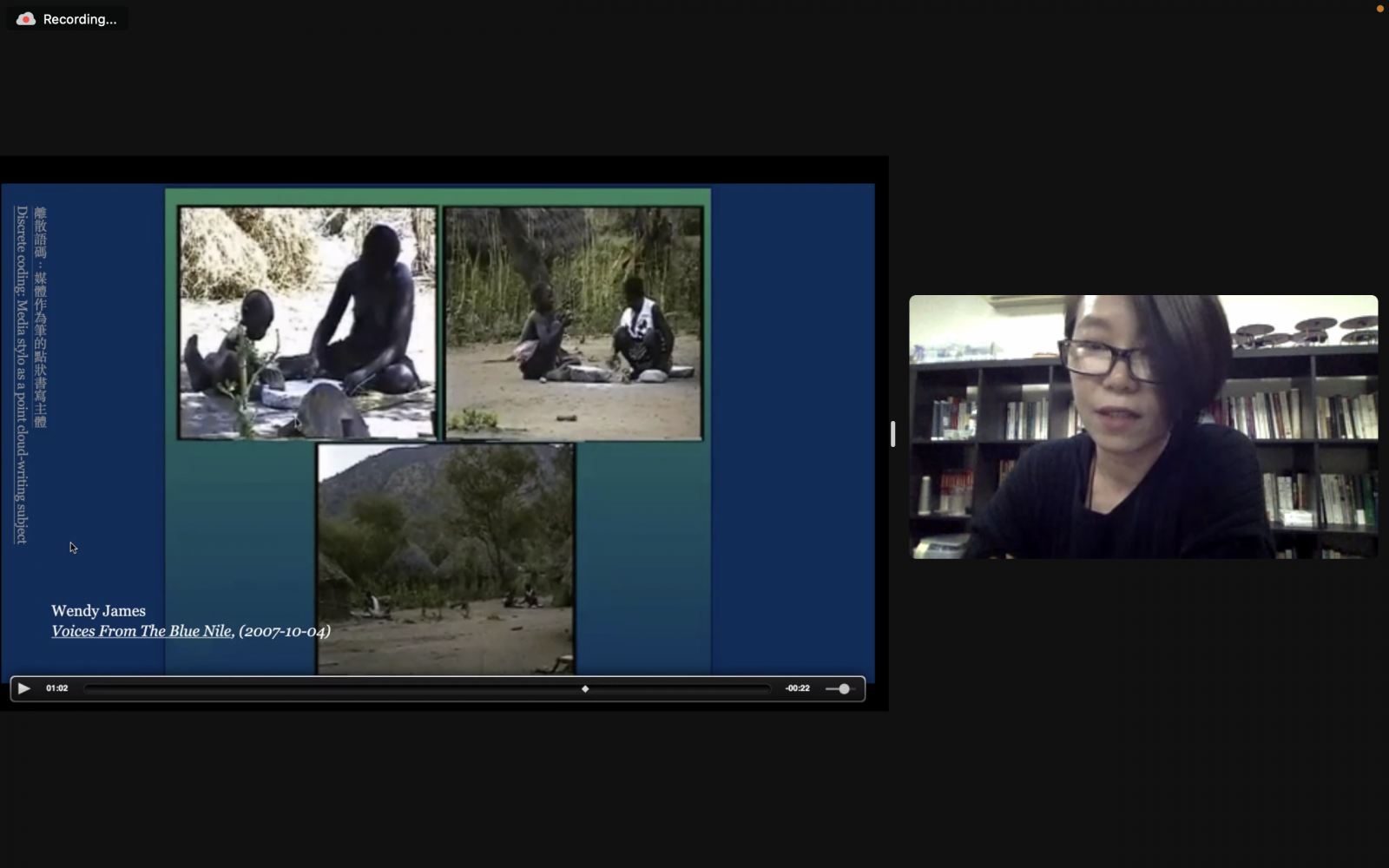 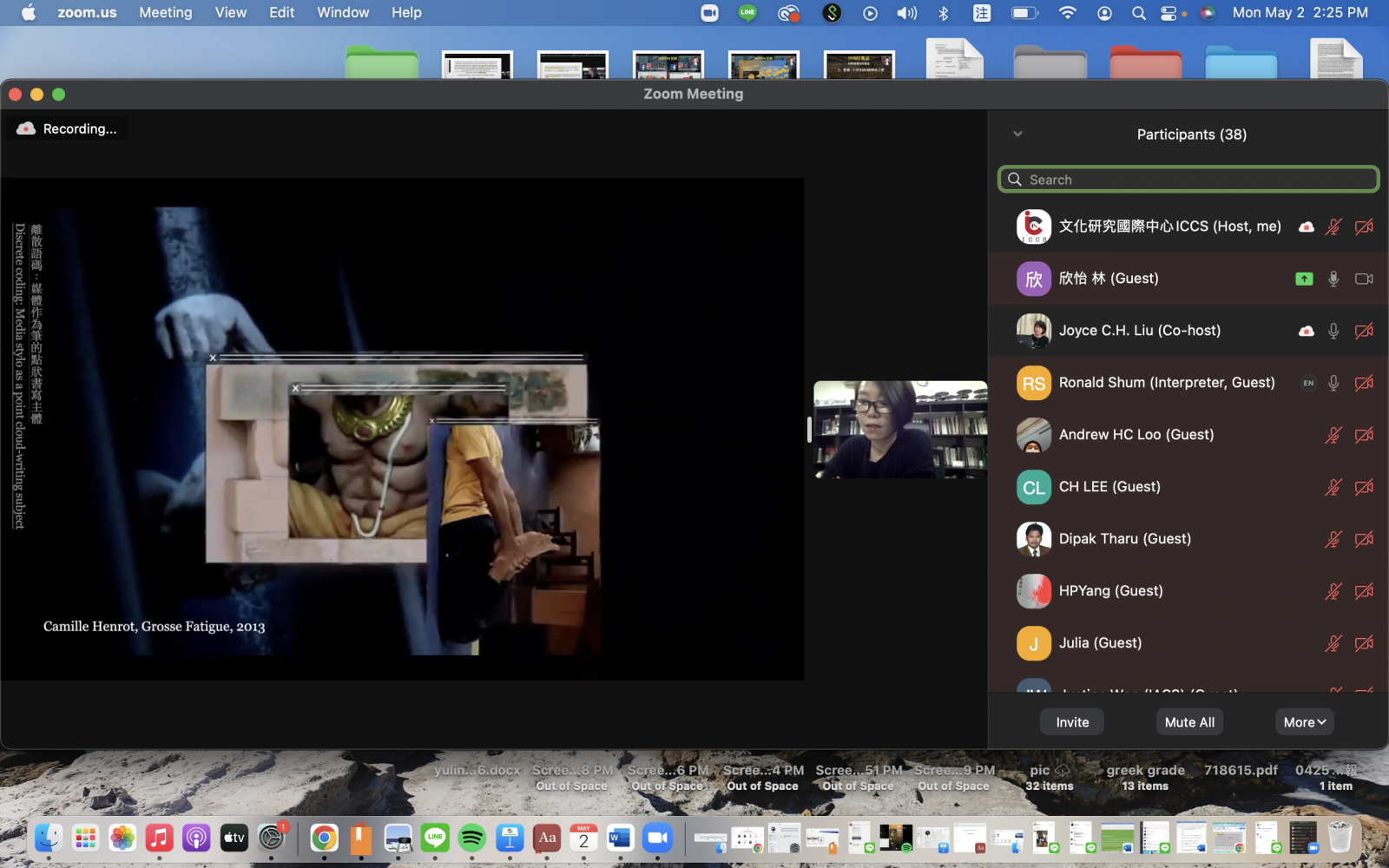 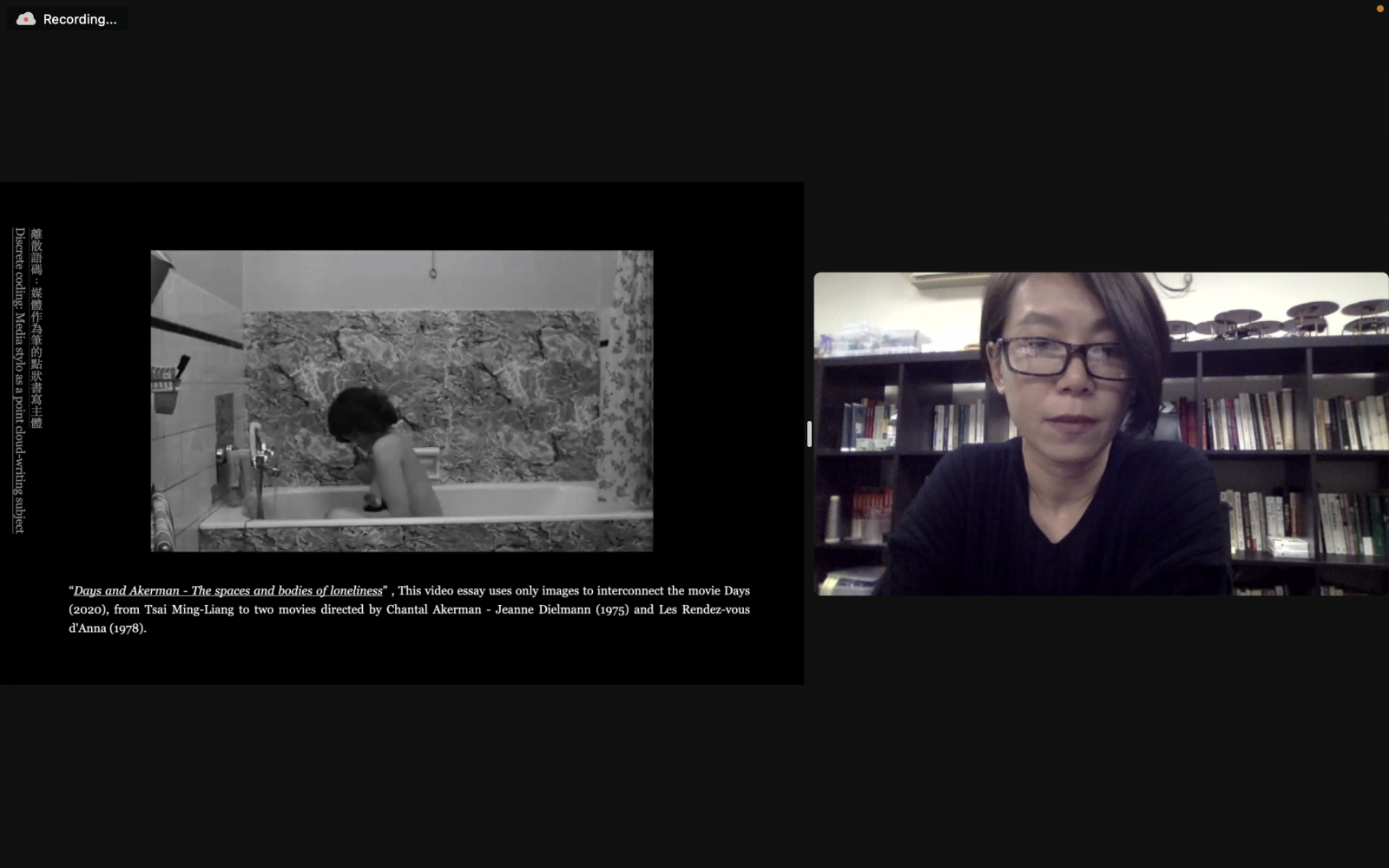