The Balkan Route and Röszke: Notes on Maple Razsa’s Lecture “Ahmed, the Megaphone, and the Assembly of the New Political Subjects

The Balkan Route and Röszke: Notes on Maple Razsa’s Lecture “Ahmed, the Megaphone, and the Assembly of the New Political Subjects”

Prof. Maple J. Razsa has been researching on social movement and activism. He is also interested in translating some of the ideas in social movement studies into the sphere of migration studies. Collaborating with his colleague Prof. Nadia El-Shaarawi, he is now working on a research project “Insurgent Mobilities: An Ethnography of the Balkan Route as Movement”. In 2015 – 2016, hundreds of thousands of people, mainly from the Middle East travelled along the Balkan countries to seek asylum in the EU. The road they took is known as the Balkan Route. Through participant observation and oral history, Prof. El-Shaarawi and Prof. Razsa investigate how the people on move (migrants / refugees) and the European activists  opened the route and disrupted the border regime.

Prof. Razsa’s lecture “Ahmed, the Megaphone, and the Assembly of the New Political Subjects”, presented at National Chiao Tung University on 9 October 2019, is part of the research project. In the lecture, he introduced and reflected upon the Balkan Route as a border struggle. After introducing the Balkan Route and the “Insurgent Mobilities” project, Prof. Razsa discussed a key moment of the border struggle, the Röszke Riot / Uprising in September 2015. Ahmed, a legal resident in Europe from Syria, among others were arrested and charged with the act of terrorism.

The Röszke Riot / Uprising took place on 15 – 16 September 2015 at the Hungarian border town of Röszke near Serbia, when the people on move had a clash with the Hungarian riot police. The quality of riot / battle, according to Prof. Razsa, remained ambiguous. There are conflicting accounts of what happened at the scene. Prof. Razsa suggests that there were contradictory elements before the Riot / Battle. For instance, more people were travelling along the Balkan Route when Germany announced they would admit more migrants / refugees. At the same time, the people on move also knew that Hungary would be closing the border soon. Besides, at different points of time, the Balkan states along the Route tried to block the southern border from where the people on move mainly came. Once the people crossed the Southern border, these states, however, encourage and even facilitated them to move further north. This created an atmosphere of high hope for the people on move when they were travelling along the Balkan Route. What dismayed them was the high wall at the border. Ahmed, a legal resident in Europe with better language skills, chose to travel along the Balkan Route to accompany and aid his extended family without the documents. His use of the megaphone to address to the police became the “evidence” that he was provoking a riot, according to the prosecution. Prof. Razsa suggests that the Riot / Uprising was a collective action. Using the scene that of Ahmed addressing to the police, Prof. Razsa asked what kind of collective subjects that the border struggle created.

In Prof. Razsa’s lecture, what interests me most are two things: (1) what were the “we-ness” that the people on move and the European allies created in the movement? (pun intended!); and (2) Who are the European allies? Prof. Razsa suggests that the local activists in the Balkan are generally poorer than those Western Europe activists. I also recognize that the refugees / migrants / people on move who could travel along the Balkan Route were indeed a better off group, compared to those stuck in the home countries. In this sense, did the Route and the move also contest the order of class and aid? 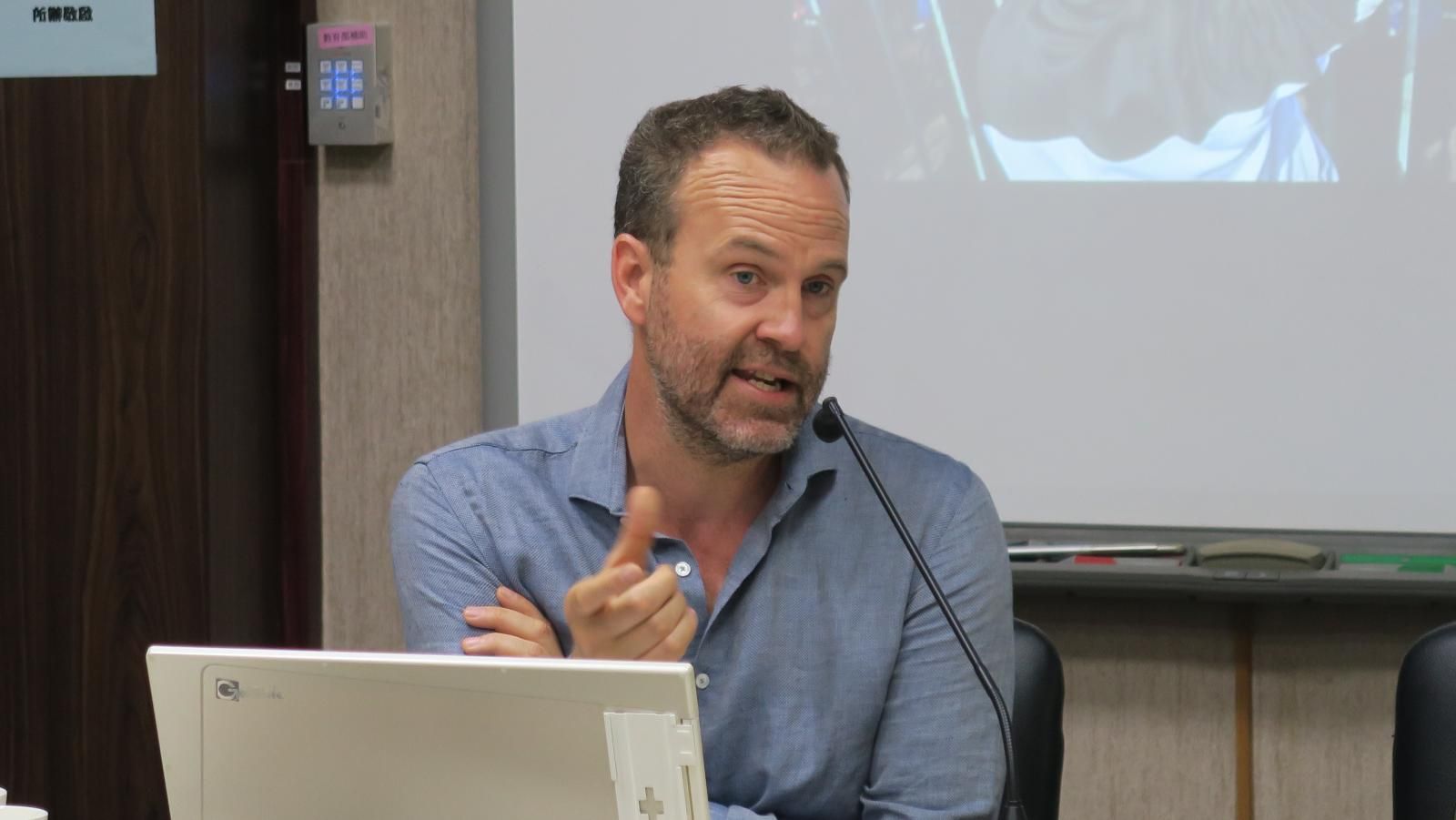 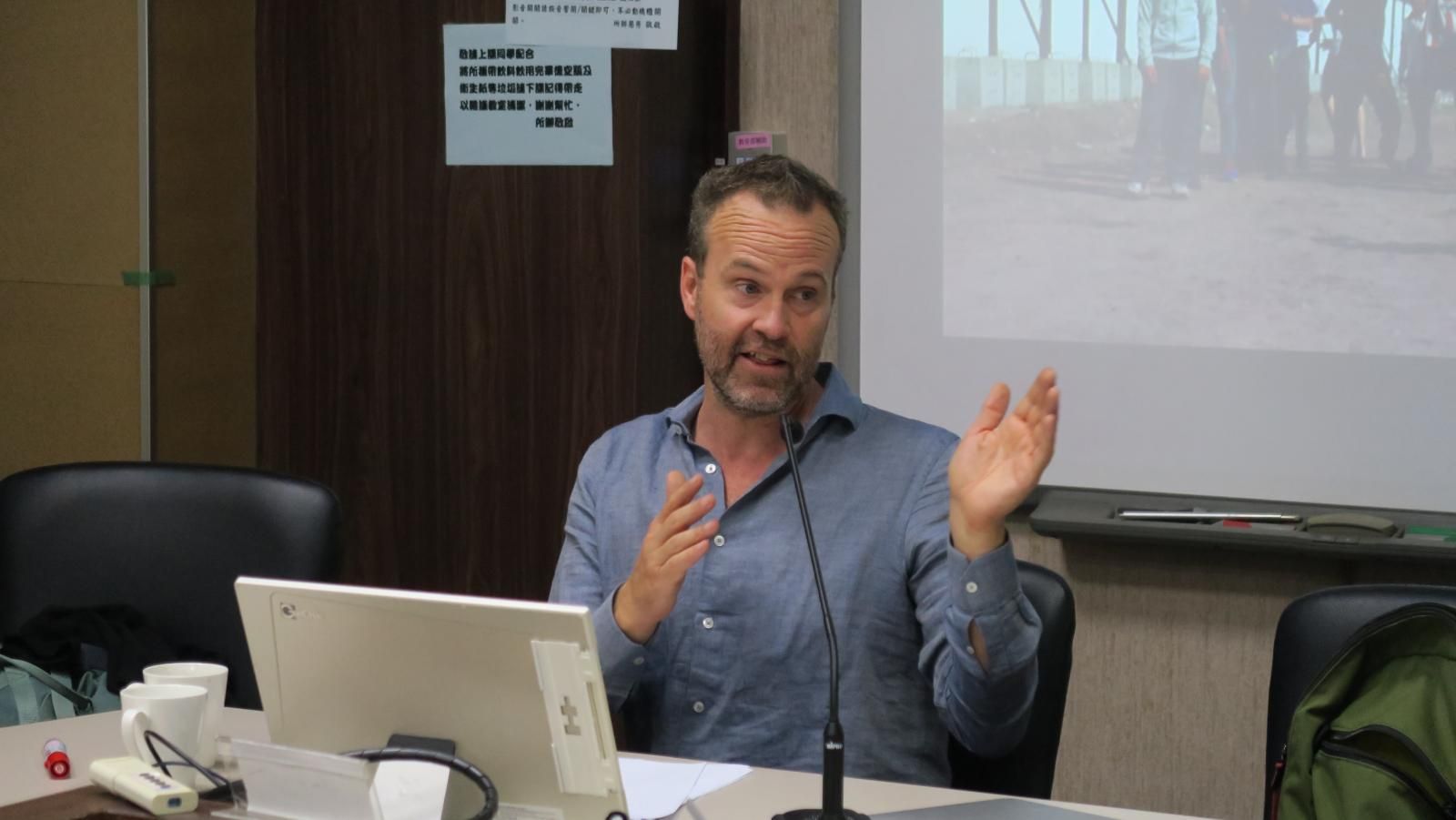