Activity Report: Thoughts and Practices through and beyond Lens: swaying between field and theories

Activity Report: Thoughts and Practices through and beyond Lens: swaying between field and theories

From Media Work to the Academy, I kept wondering back and forth: can academic research really enrich public discussion? Can public discussion really bring concrete transformations in the society? Since modernity, the gap between the academic and public has kept widening, the language between the two have been more alienated to the other from one day to another. In this lecture, Professor Yi-Chieh Chung provided his account in relation to his own experiences. Chung has been a reporter and a documentary filmmaker, both among the institution and be independent. Currently He is the adjunct assistant professor in the Department of Radio & Television, NCCU. His life seem to be keep swinging between different areas, and was unintended to be bound by any one. The academy and visual action have been two interlocking elements in his mind.

For a researcher who seeks to find an answer, the field not only promises nothing, more often, it brings one with questions and tension. In Chung’s visual career, he had a long period of time accompanying Chung-Hsiang Chu, a seemingly “positive” figure in public discourses who bear Muscular Dystrophy. What Chung observed more in the concrete field, was the other side of the same coin: how the middle class took charity as a way of conscientious redemption, and how institutions and politicians appropriated disability. This was probably why the field is penetrating: the field not just reveals external social fact, but also reveals the subject’s position and one’s own way of thinking. For Chung, his relationship with Chu was more often filled up with arguments and clashes. When the so-called-“abled” and the “disabled” lived together for long, the reality was far more than mere peace and touch. Conflicts not only clashes, it also disrupts: what is ab/normal? What is un/healthy? It might be impossible for the boundary to disappear, but it was possible for one to bring along such a perspective and kept self-reflecting, so did Chung.

Eventually it became a common practice for Chung to keep getting resources from the academy in his visual works. There was a period of time that Chung went to a television station to make documentaries. The simple reason was that he spent all money and cannot afford himself to continue studying a PHD. When he went back to the working position, academic journals were always the starting point of his research work. As we know it, visual works are costly, and cost is the necessary condition for anyone who is passionate in visual works. For Chung, who went through television station and the independent position, had numerous to share regarding resources. He thought that there are always spaces and possibilities. Within the limits of institutions (such as a TV station with strong religious belief) there are loopholes. Apart from the project one intends to self-fund, there are other projects for one to earn the money (such as projects from the government, which enable one to get the fund on one hand, and do not compromise one’s value on the other). Chung reminded us: don’t think with the work. It was a could-be disastrous common saying held by a number of students. Chung told us to do the opposite: Think before the work. Only initiate a visual project after field work and research have been adequate. Cost affords no aimlessness.

Contemporary critical theorists offered numerous accounts on visuality. What is the position of the one who held the camera? In what way do images and videos relate to established power relations? Visual texts can conform, and they can disrupt. They can link us to some people, and they can distance us from some neglected others. Chung joined this discussion since his work “Wu Ying Che”. He adopted a sociological approach and asked: what is the difference between generations of these people? What is the habitus of this generation? How do we position these people between craftsmen and artists? These questions are especially critical if we hope to know how photographers can question established social relations.

At the end of the lecture, Chung summed up in a self-reflexive way. For him, all his visual actions were nothing but a mirror for himself. Among a mirror, one became clear on the personhood of oneself, one was able to see how one’s own point of view were constructed by one’s own educational background and social conditions. One has been being constructed, one has been being conditioned. These conditioning effects reflect upon in one’s visual works. It seems to be inevitable for one to have one’s own limitations. But the point is probably regarding how we take along this mirror, and to self-reflexively keep intervening through our visual practices, or in all other sorts of form that one can take. 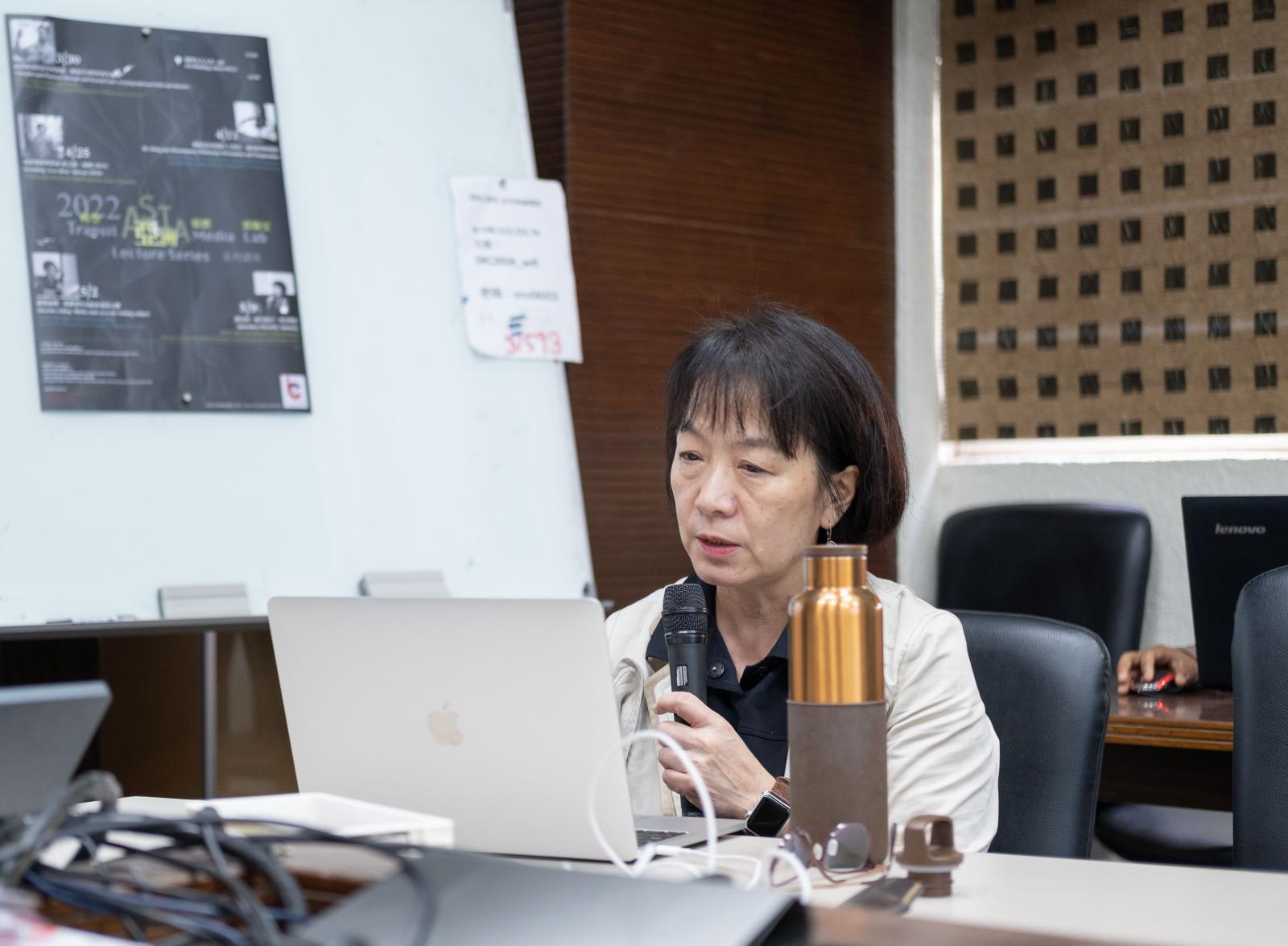 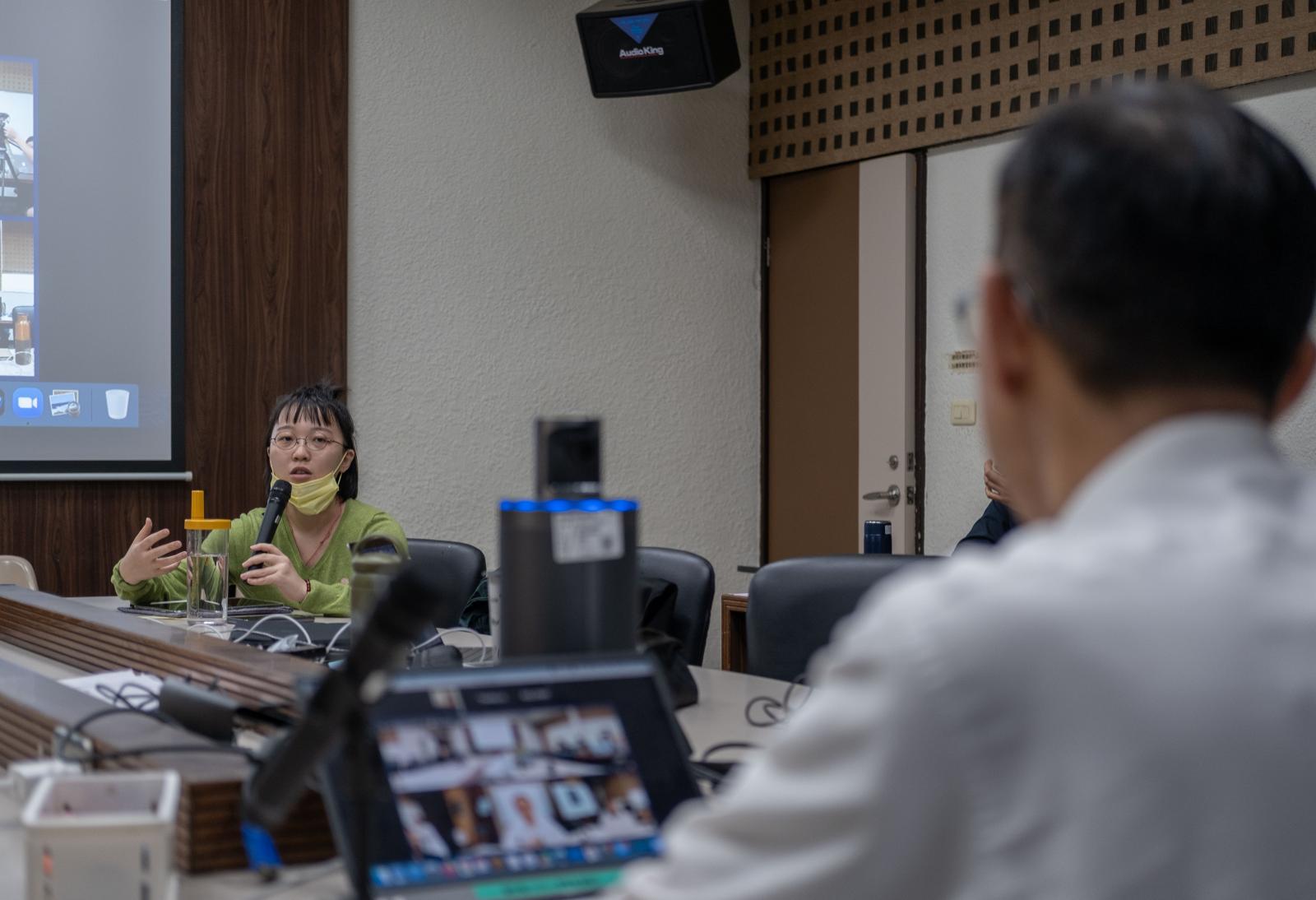 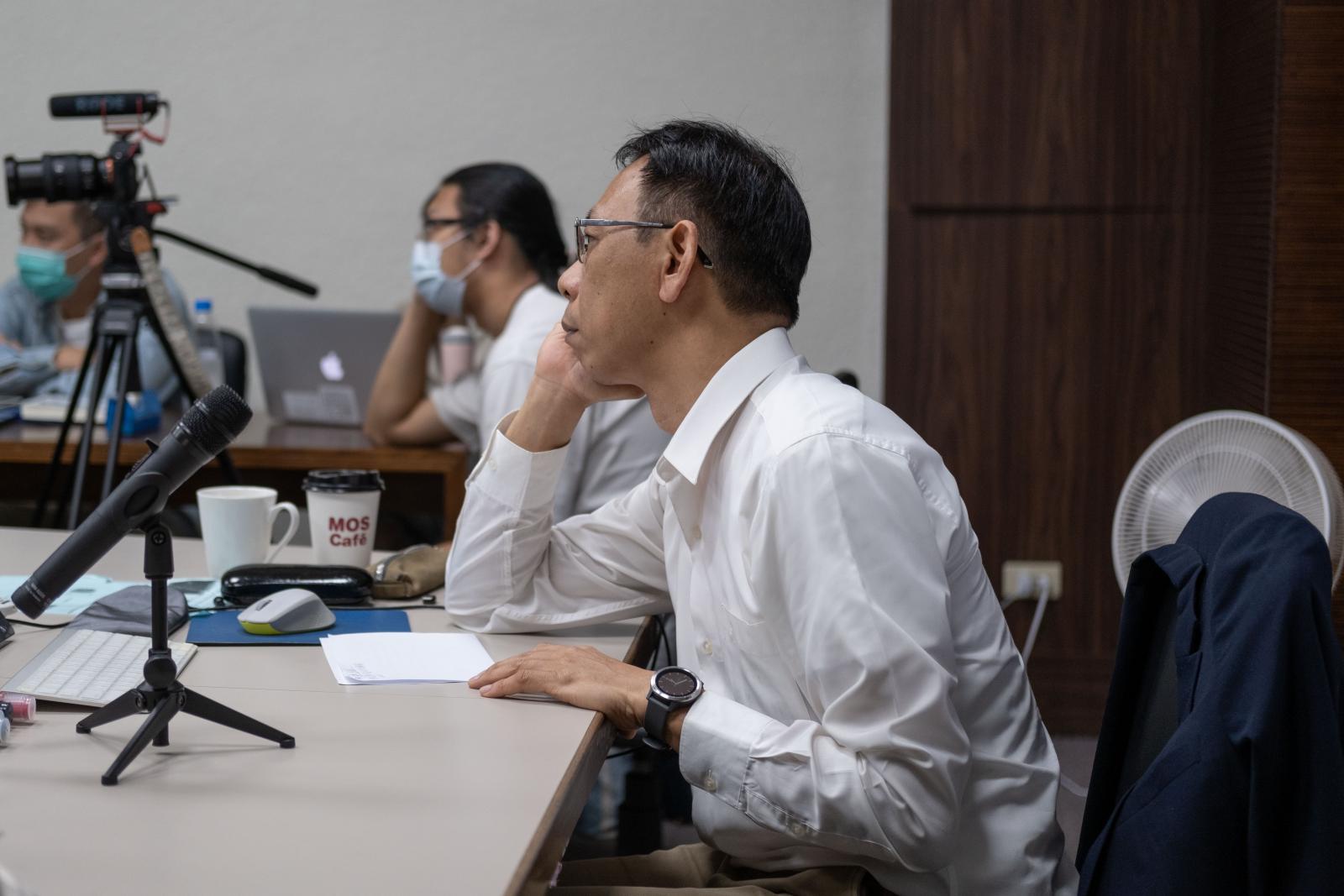 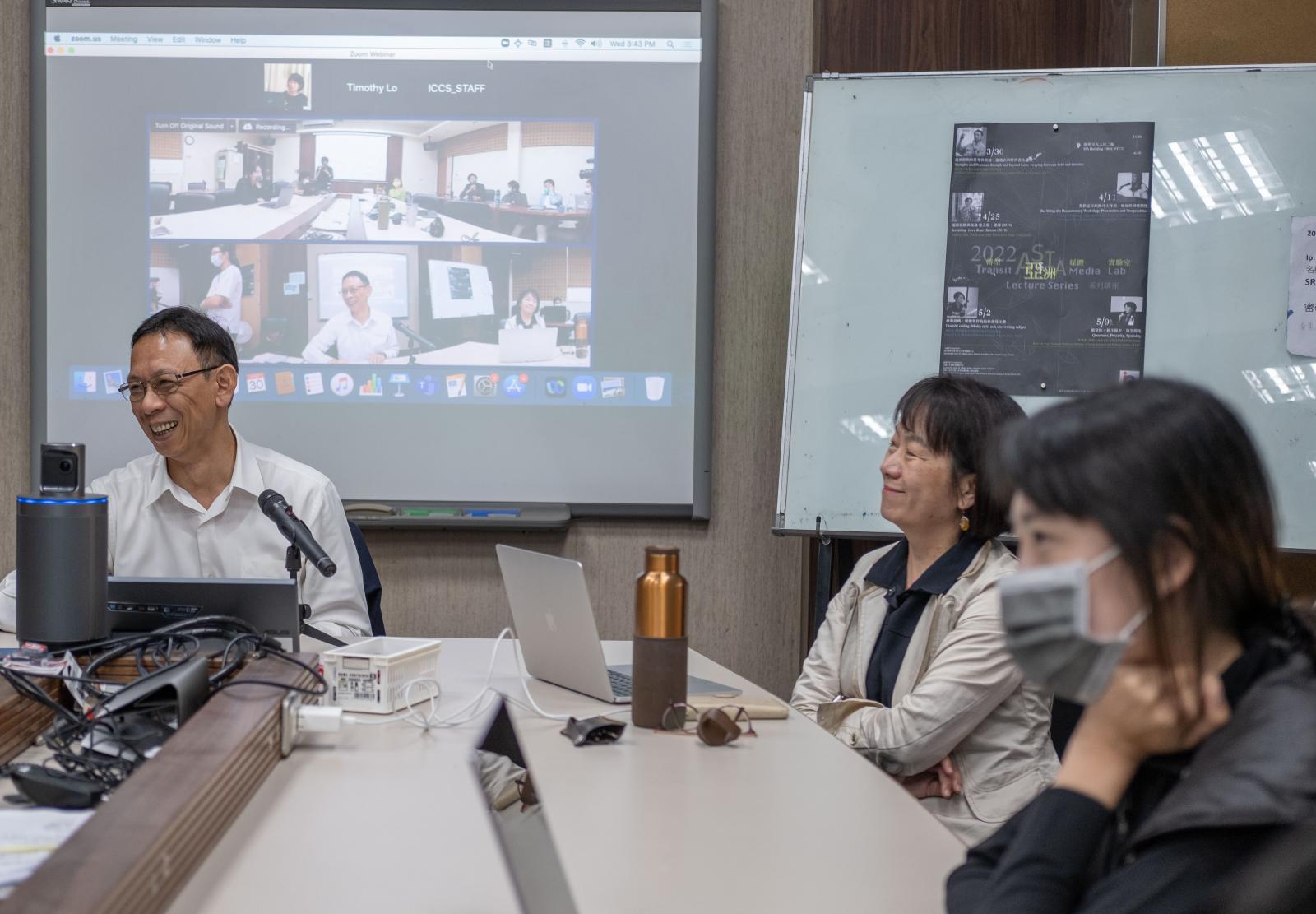 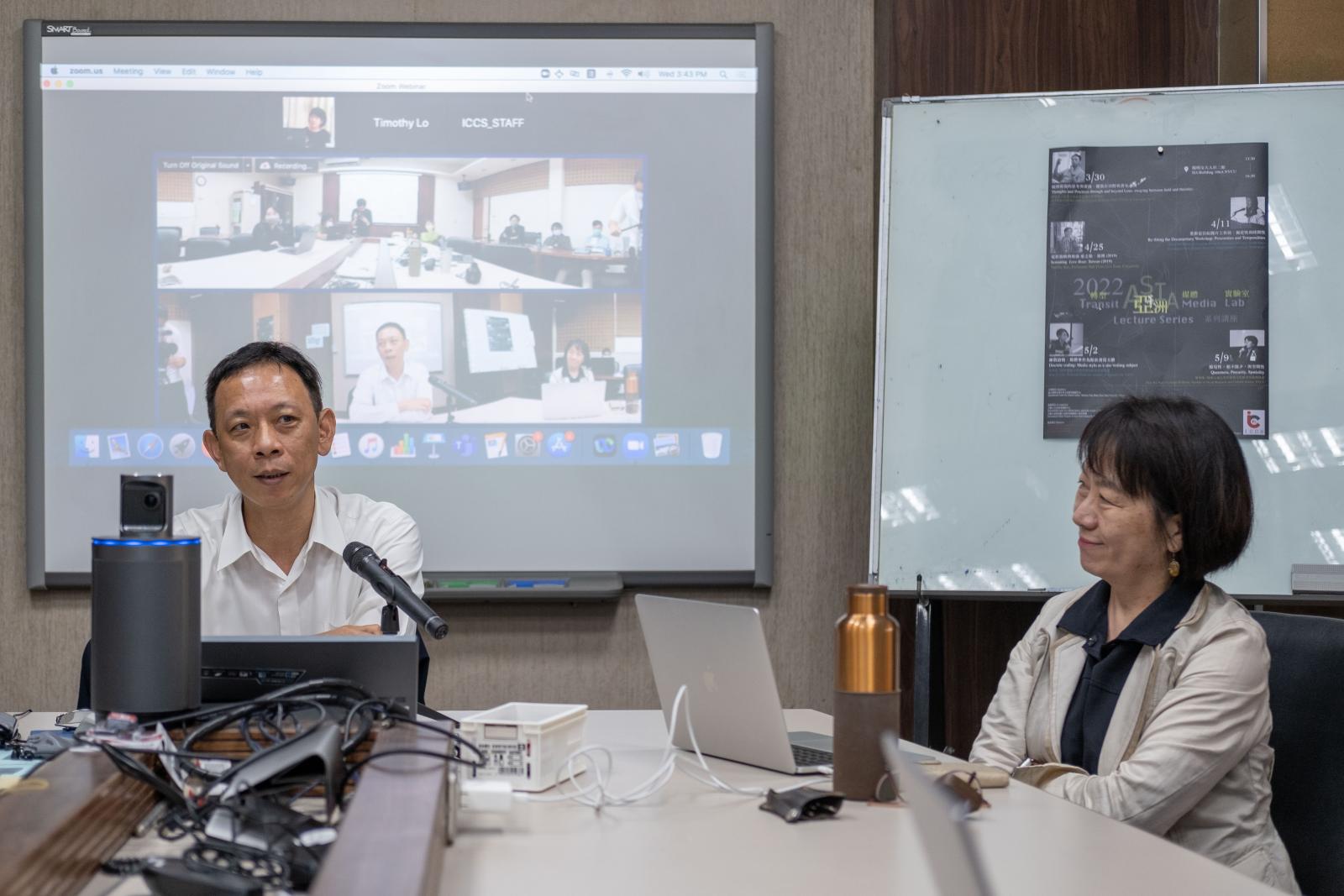 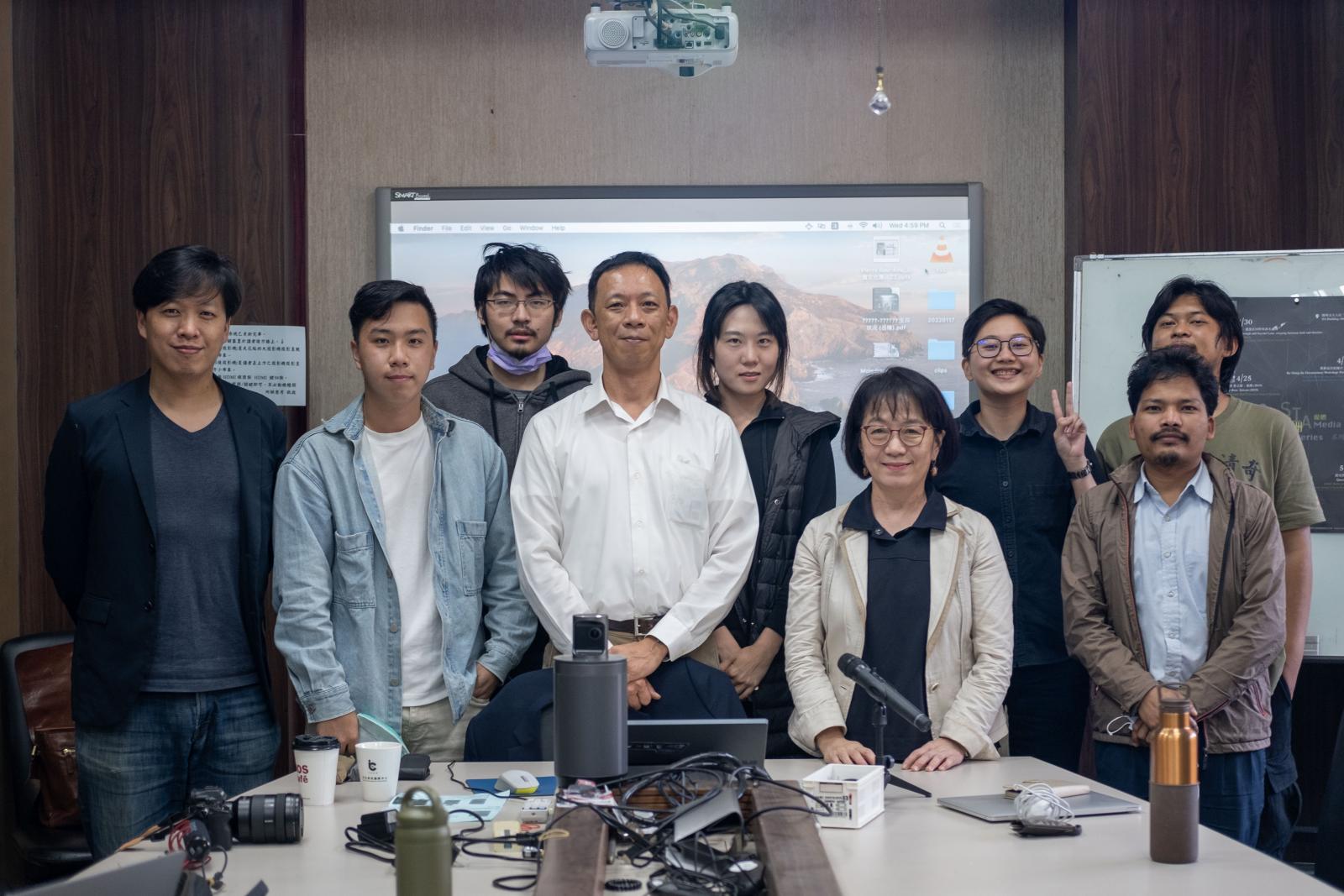