"The Myth of The Lazy Native: A Study of the Image of the Malays, Filipinos and Javanese from the 16th to the 20th Century and It’s Function in the Ideology of Colonial Capitalism" is the first work of Syed Hussein Alatas (1928 - 2007), a prominent thinker of Southeast Asia, to be translated into Chinese. The book is published by National Yang Ming Chiao Tung University Press under the coordination of Show Ying Xin (Lecturer at ANU School of Culture, History and Language).

Regarded as the magnum opus of Alatas's academic career, this book aims to correct a one-sided colonial view of the Asian natives and their society. Adopting the sociology of knowledge approach, Alatas analyzes the origins and functions of colonial ideologies and capitalism in forming prejudices and reinforcing stereotypes of the indigenous peoples of Asia. Panel moderator Show Ying Xin mentioned that Alatas had long discussed and criticized the issues of Eurocentrism in knowledge production, yet his works were largely overlooked in academia where Western theories prevail.

She went on to point out that translation is a crucial decolonial practice, and the Chinese translation of this book is a decolonial practice 45 years overdue. Tan Yau Chong, the translator of "The Myth of The Lazy Native", shared with us the often unrecognized complexities of the translation process. Apart from the constant negotiation between translator, reviewer and editor, the process also involves determining translation methodologies, verifying historical facts and writing annotations. Successful implementation largely depends on the integration of individual, academic, and financial resources across nations. Tan believes that this transnational effort has created a relatively conducive publishing environment, which can serve as an example for translating essential Southeast Asian works.

Prof. Syed Farid Alatas, son of the late author, who has also actively engaged in the decolonization of knowledge, offered insights into the cultivation of his father's intellectual background, before delving further into the book in such context. Alatas grew up in Java under Dutch colonization and British Malaya. He studied at the University of Amsterdam, which was relatively critical of colonialism at the time. This unique background led Alatas to ponder the issues of colonialism and Eurocentrism early in life. His student days coincided with the Bandung Conference in the 1950s, which was also an era blooming with anti-imperialist, anti-colonial, and anti-racist ideas. In his essay "Some Fundamental Problems of Colonialism" written in 1956, Alatas divided the problems of colonialism into three categories:

(1) Physical and Material Problems, such as agriculture, development,

(2) Organizational Problems, such as the forming of an economic relation, the

establishment of legislative and executive bureaucratic systems, the

(3) Non-material Problems, such as social, philosophical and moral issues

Alatas believes that the non-material problem is the main and greatest scourge among the three. It hinders possible reform and progress of the first two categories, as well as knowledge production. It is under such issues of colonialism that the "image of the native" and "image of the colonized" are created. Syed Farid mentioned that before "The Myth of The Lazy Native" was published, Alatas used a similar approach to criticize Stamford Raffles and him being portrayed as a humanitarian reformer in "Thomas Stamford Raﬄes, 1781-1826: Schemer or Reformer". However, Alatas went beyond the image of the natives constructed by the colonists. He went on to evaluate the concept of colonial capitalism and ideology, and how these concepts were internalized by the postcolonial elites. These negative images and ideologies constructed by the colonists were even inherited as the underlying principles for developing national policies in government, politics and economics.

Following Syed Farid, Lim Khay Thiong remarked that Alatas has revealed, in order to serve the ideology of colonial capitalism, the colonialists and their collaborators were implicated in the reconstruction of knowledge. The binary opposites of the "lazy natives" and the "diligent Chinese" are constructed to serve the interests of colonial capitalism. In his studies of India, anthropologist Bernard Cohn pointed out that there are different forms of colonial knowledge, such as census and geographical survey, historiography, curation of racial and material culture in museums, etc.  This knowledge as a whole indoctrinates the idea of European supremacy while condemning indigenous traditions in politics, economy, history and culture. An ontology of knowledge was constructed by European to eradicate existing indigenous knowledge in order to maintain intellectual dominance over the colonized subject.

This set of colonial knowledge was passed on to the descendants of the Malay ruling class through education, and they were trained by the colonists to take up low-ranking positions in the colonial administration. Naturally, when they take office, this knowledge will become their basis of understanding from generation to generation. Lim also recalled a survey carried out at the University of Malaya targeting students of various ethnicity , he realized that Malay students generally agree that their people are lazier, while Chinese students think of their people the opposite way. There seems to be more than just general impressions, but serves as a value judgment of one's ethnic identity, which shows how long-lived is a colonial legacy, and how prevalent is colonial ideology and knowledge among the people. In other words, post-colonization in Malaysia is a form of self-colonization. By reiterating that “the Malays are lazy", the Malay ruling class continues to present themselves as the protectors of Malays to legitimize their postcolonial rule.

Sai Siew Min, who specializes in the history of Southeast Asia, explored the key concept of "autonomous knowledge" in Southeast Asian historical studies in relevance to the works of Alatas. This concept could be found in the seminal work "On the Possibility of an Autonomous History of Modern Southeast Asia" by John Smail in 1961 and other writings of historian Anthony Reid. Alatas also published " The development of an autonomous social science tradition in Asia: problems and prospects" in 2002 and mentioned in the article that he wrote "The Myth of The Lazy Native" with the concept of autonomous sociology in mind.

What then is autonomous knowledge? Sai sorted out several aspects: deconstructing the post-colonial political, economical and social structure, deconstructing colonial historiography and knowledge production, exploring the subjectivity and regional characteristics of Southeast Asia, promoting the use of Southeast Asian languages, texts and traditional knowledge, researching local issues in context and so on. In a broad sense,  autonomous knowledge is also a form of decolonial knowledge, covering discourses and concepts of de-Westernisation and anti-Westernization. However, she reminded us that de-Westernization/anti-Westernization is not synonymous with decolonization, though they share a lot in common. In Post-World War II Southeast Asian countries including Malaysia, Singapore and Indonesia, the urgency of nation-building allowed  autonomous knowledge to flourish, especially in academia.

Sai raised Singapore as an example, which is paradoxically anti-Western but not anti-colonial. Although Singapore flies the banner of Asian values, emphasizing that it does not belong to the West and is often sceptical of Western culture, Singapore has never been critical of its colonial past. On the contrary, it embraces  the historical view of the colonists and mitigates if not disguises its colonial legacy through the cloak of Asian characteristics.

She also emphasized that the autonomous Malay world described in "The Myth of The Lazy Native" is a diverse, complex, dynamic, open and fluid world. When we discuss decolonization, we see the divide-and-rule approach adopted by colonialists, and we must consciously overcome the structural problems derived from such policies. In accordance with the ruling policies, the framework and scope of knowledge production during the colonial era were based mainly on ethnic groups, such ethnic studies became the norm since then. She suggested that scholars should consider conducting trans-ethnic studies, apart from establishing alliances between ethnic groups and advocating pluralism, multiculturalism, and equal rights. For example, although Alatas is mainly concerned with the Malays in his work, he also challenges the many myths and stereotypes surrounding non-Malays, deconstructing altogether the ideas of "lazy Malays" and "hardworking Chinese". The point of deconstruction is not to prove the contrary, but to expose how such myths reinforce colonial framework and mindset.

Yap Hock Yam, who has been observing Southeast Asian studies and Chinese studies in Taiwan, remarked that although terms like "lazy native" does not occur in Taiwan, we can often see ideas such as "pro-Indigenous Affirmative Action" misunderstood or parodied in Taiwan public discourses and daily conversations. He believes that "The Myth of The Lazy Native" can provoke Taiwanese readers to further reflect upon the issues of Taiwanese indigenous people.

Yap recalled an incident where his peers repeated stereotypical claims such as "Chinese are business people, while Indians are slaves and coolies" in class, therefore he hoped that "The Myth of The Lazy Native" will demystify their impression of Southeast Asia, as well as inspire curiosity to deepen their understanding, going beyond anecdotal information. In the process of reading, he saw Alatas's self-awareness and self-criticality as an intellectual, which should remind academicians how their works will engage in public discourse and influence others.

Wong Kai Hui, a former Malaysiakini reporter, asserted that "The Myth of The Lazy Native" is still relevant to Malaysia today, as the country is engulfed in never-ending racial politics. Racial stereotypes are imprinted on the minds of Malaysians, constantly reiterated and reinforced through daily practices.

Wong stated that during her years as a journalist, she had witnessed Mahathir's second term as prime minister, and experienced first-hand how the Gordian knot of race, politics and religion tied the country in deadlock. Racial issues have always been the leitmotif of Malaysia politics, overshadowing other issues such as gender, environment, education and labour, thwarting discussion in the media and of political reforms. Many institutional reforms that could have taken place after the 2018 regime change were often muddied by racial anxiety, causing many efforts to go in vain.

During the free discussion, Syed Farid added that when Alatas talked of autonomous knowledge, it is not limited to colonialism or Eurocentrism, but also other ideological issues such as traditionalism. In many of his writings, he often discussed traditional ideas in the Islamic religion. In other words, autonomous knowledge according to Alatas is not restricted to getting rid of colonialist or Eurocentric knowledge but also breaking off from other centralized doctrines as well. This concern with the issues derived from various centrism can be seen in the works of Alatas' students.

When discussing the tradition of autonomous sociology, Alatas mentioned that we should not blindly oppose all Western theories and concepts, but be critical while applying theories, consider the local context, and examine their compatibility only through meticulous discussions and arguments, in order to create a localized sociological tradition.

Show Ying Xin believed that we should think of ways to apply Alatas's works to our research and disciplines, especially the part on decolonized autonomous knowledge. She also reminded us that while we talk about decolonization, autonomous or local knowledge, we should not move in the direction of essentialism or nativism. Sai Siew Min then responded that autonomous knowledge is not a return to "primitiveness". We can see in this interdisciplinary work that Alatas has examined and cited many historical documents. The Malay world that he depicted is diverse, multiracial, dynamic, complex and mobile, which fits the ecology of the region, since it is an intersection of the Global trade route influenced by different cultures. Colonialism,as we know, has a profound impact in this region, however, we shall not overlook other aspects such as class and gender. Sai hoped that scholars especially from Singapore, Malaysia and Indonesia should be more critical and attempt to overcome the ethnic framework, and conduct future trans-ethnic studies in the scope of the Malay world as a region or even a method. 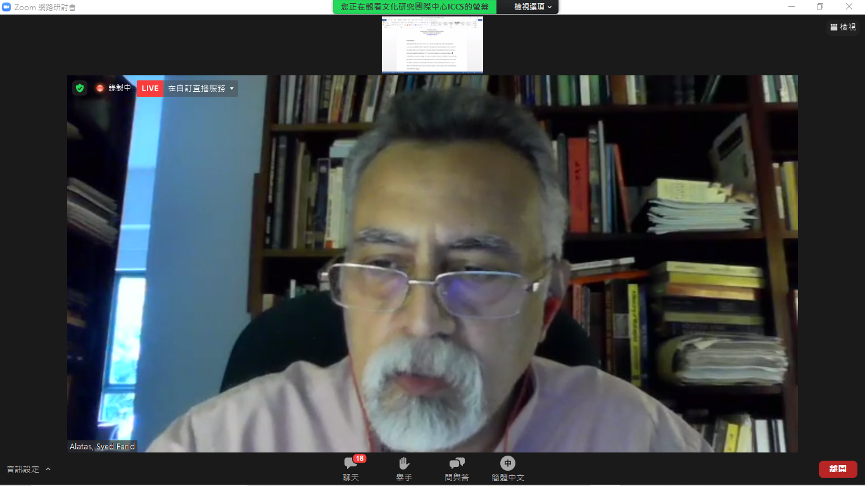 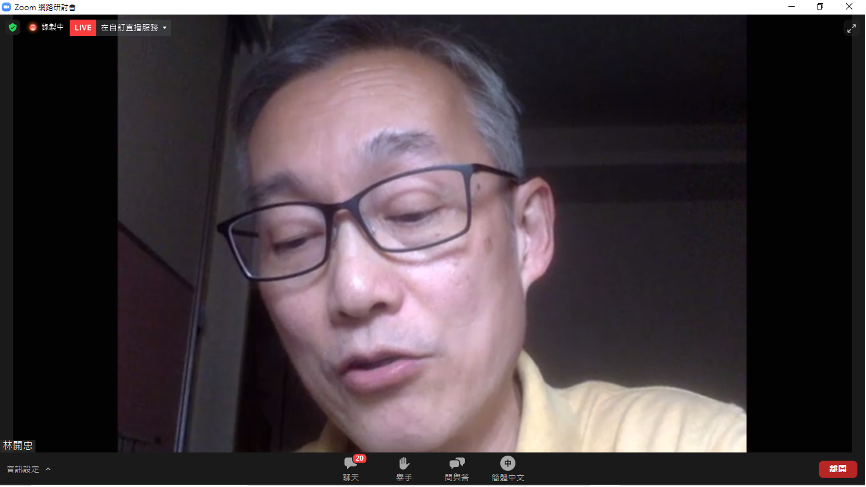 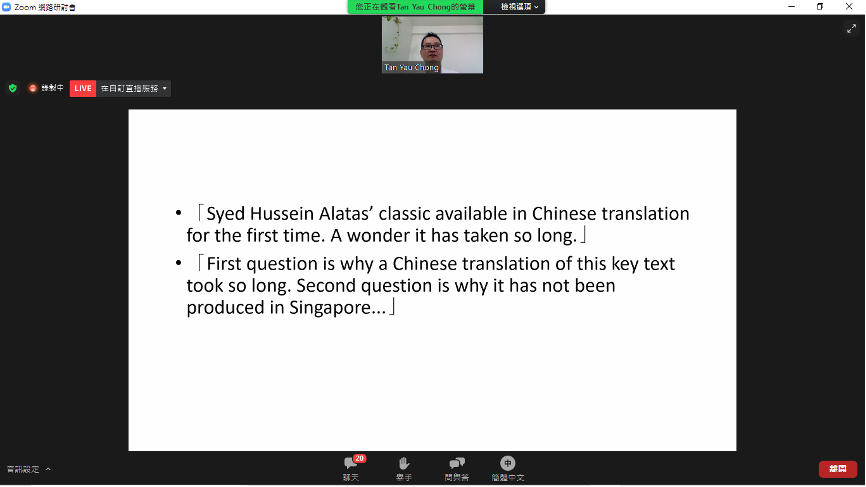 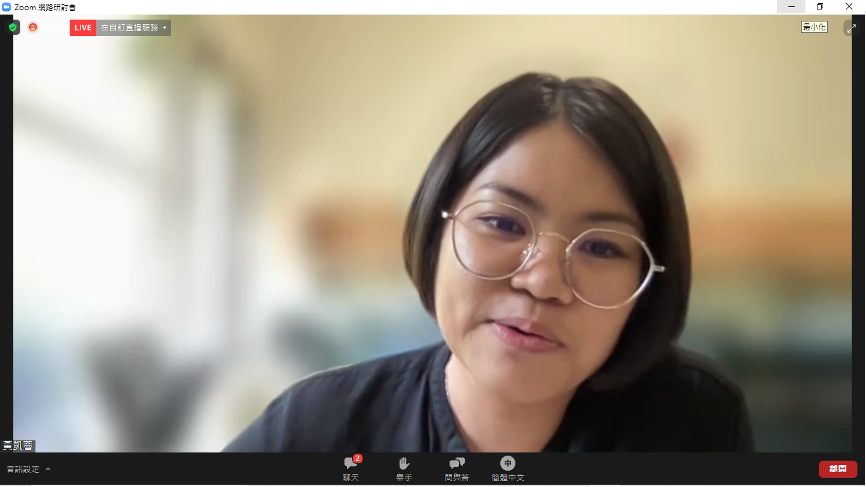 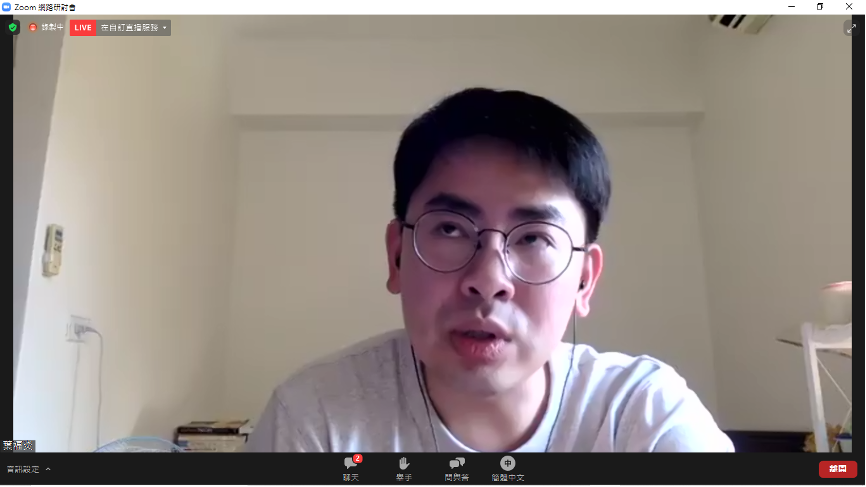 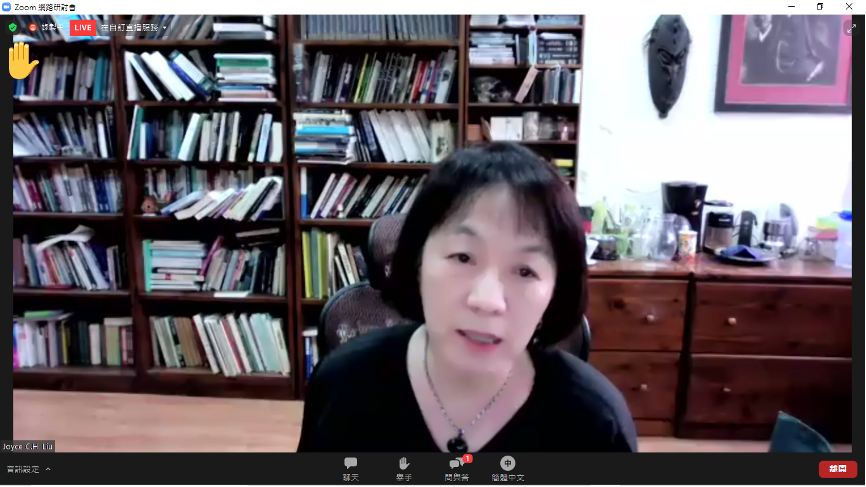 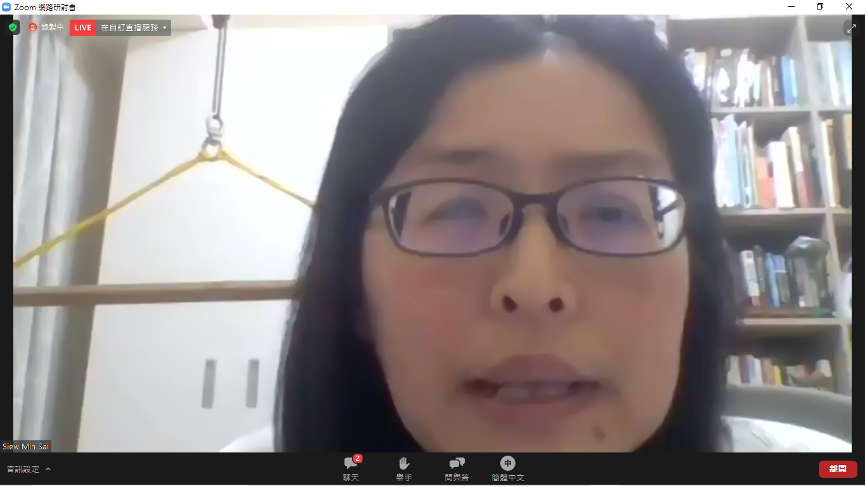 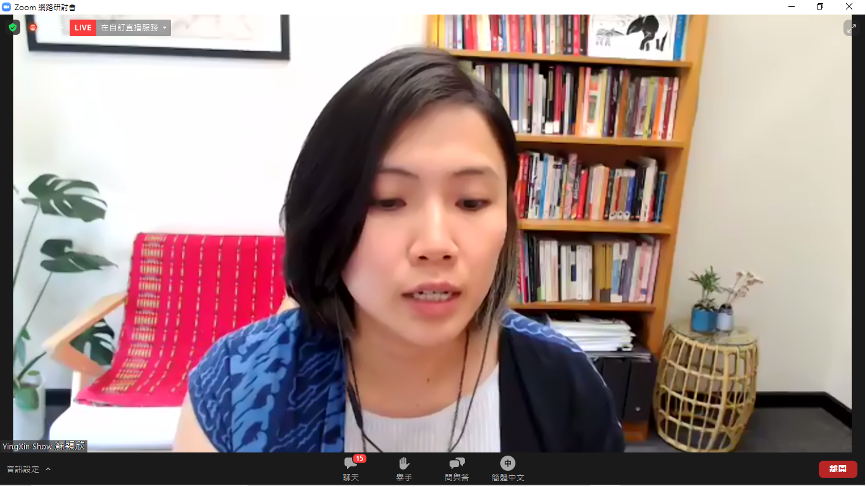