Given the complicated, antagonistic, if not phobic geopolitical relationships (as well as geospatial international border concerns) that have become aggravated between the People’s Republic of China and the virus-scapegoating world of Covid-19, we need to ponder and critique what Arif Dirlik called (dialectically as ever) China in the world and the world in China. But this is a worlded People’s Republic of China that must be situated against the nationalist populism and anti-globalist USA as well as the migrant-hostile UK and a wobbling European Union all aggravated during the tariff-flinging Trump administration (2016-2020) as well as while confronting the global pandemic that these countries and social communities still face across 2020 and 2021. On the horizon of such theorizing stands the city-state of Hong Kong all but sublated as a legal or social form into the mainland surveillance state of the PRC, a postcolonial Taiwan still perilously surviving as an integral site, as well as the polycentric Chinese diasporas and the rise of a resurgent indigenous Oceania that all call out for justice and global recognition. In such precarious contexts, this special issue of IACS that would articulate and will forward such situated complexity, a range of evolving transnational and transdisciplinary commitments, and (at the core) the historical ethos of what Marxist and Asia/Pacific scholar Arif Dirlik stood for should prove timely, urgent and of border-crossing interest across the Pacific and the broader world of critical theory, geopolitics, and planetary ecology we face as the Anthropocene.

To say that this special issue on comrade, teacher, lover, mentor, and friend Arif Dirlik enters into an over-determined and prefigured set of geopolitical oppositions, social tensions, and historical antagonisms (as this first paragraph gestures to evoke) is to put the matter politely.  This special issue of IACS (a “movements” journal and coalition that Dirlik had mentored and contributed too since its founding days in Taiwan, Japan, South Korea, and Singapore) aims to interrogate these longer durations and commitments of Dirlik’s whole historical-material as well as cultural-political approach and his scholarly ethos embodying what Roxann Prazniak calls (in the last interviews, passages, and polemics authorized from a self-reflective Dirlik as collected and reflected upon in her essay herein) history as epistemology. History, that is, as a way of knowing and critically reflecting upon China in the world and the world in China as Arif puts it in his essay. Such reflections extend and update those articulated in his compelling critical last book-length work warningly called (holding back no critical punches), Complicities (2017).  Many in this special issue, from Ravi Palat to Neferti Tadiar and Christopher Leigh Connery (in his afterword to this special issue), will come to terms with and try to remember forward.

Section I: History and the World

The Voices of Those who Inhabit Places

“Everyday I am Çapuling”: Keeping Dirlik’s theoretical history in focus

Indigenism as project: language politics and the hegemony of postcolonialism in Taiwan

The world(s) between places: Arif Dirlik and the fragile epistemologies of the Asia-Pacific-Americas

The Cultural Revolution and its significance in world history: an interview with Arif Dirlik

The difficulties of having Arif Dirlik published in the French language, and why I felt compelled to do it

Complicity and responsibility: after Arif Dirlik on the Asia-Pacific and China

The end of the world as Arif showed us… 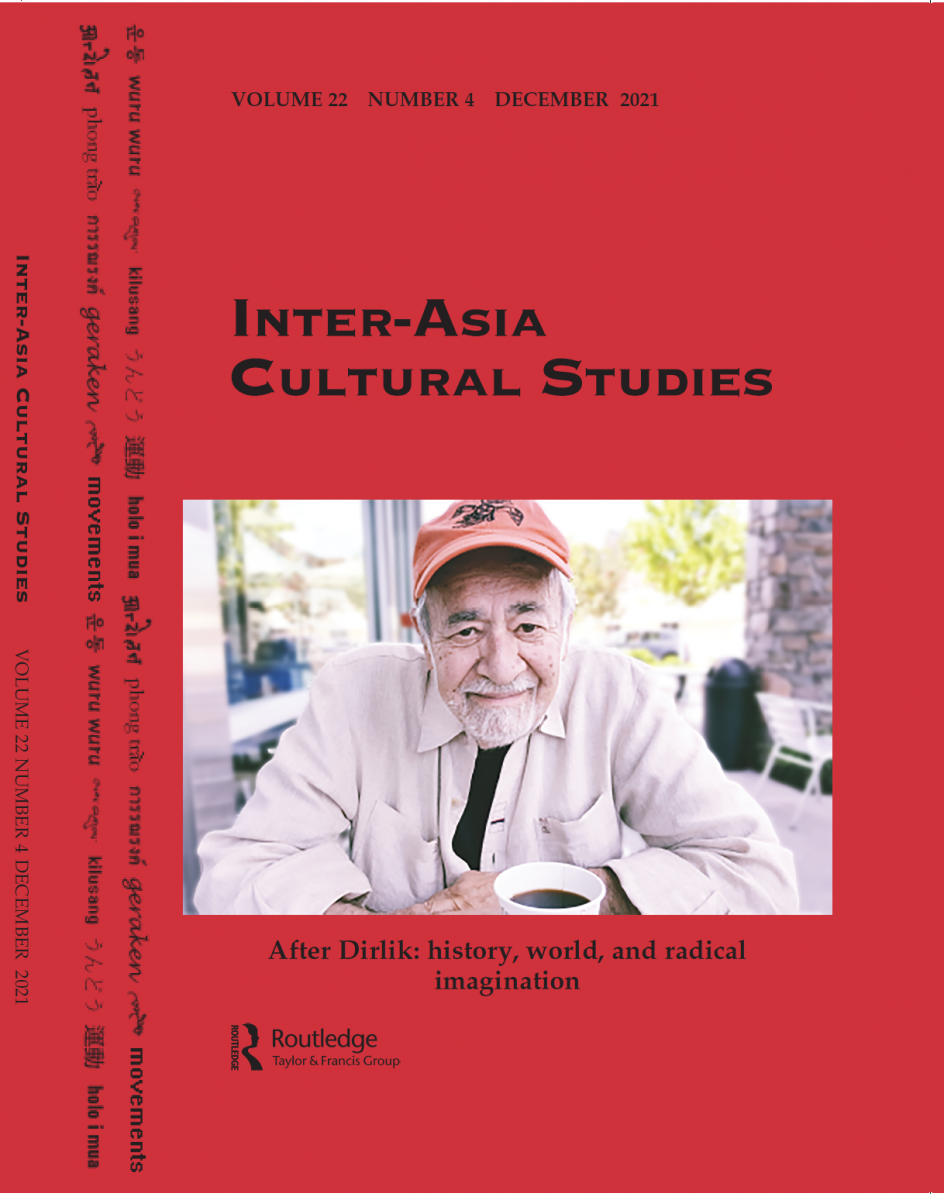